From Cambridge to Harvard : a Political Journey 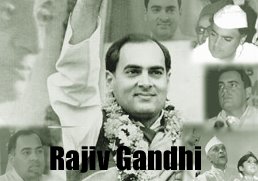 Congress president Sonia Gandhi has, of late, broached the subject with Harvard officials, the second time she has done so in five years...

Outgoing Harvard President Lawrence Summers remarked during his India visit last week that the university was planning to set up several chairs to honour distinguished Indians. India is of course far hotter today than it was 5 years ago. But, these things take time as many details need to be worked out.

"There are ... many strings attached in the establishment of a chair like the endowment the donor is ready to give, the department the chair needs to be established in, whether it is a bound or an unbound chair and how much control would each partner have in admission/nomination process," a source told TOI.

Demystified, if the chair is a 'bound' one, only an Indian student can be admitted/ nominated to it. Politically speaking, that would make the most sense. The chair is likely to be in the public health area.

For a moment, I wondered where the endowment (running into several million dollars) would come from. Surely the Gandhi family can't officially fork out that kind of money. Then I realised there would be plenty of industrialists who'd gladly step forward and volunteer funds. Certainly they wouldn't let go of such a golden opportunity to get into Mrs G's good books!

Now don't get me wrong. I think Rajiv Gandhi was a young and fairly dynamic prime minister. He did what he could, given his inexperience. He paid the price for some of his mistakes.

What I find strange is this: the assertion by TOI that "former PM Rajiv Gandhi may soon have a presence inside Harvard... an institution with which the family has had a long association".

Pray, what association? The paper notes that "Rajiv Gandhi was not an alumnus of Harvard - he studied engineering at Cambridge - but he had his son, Rahul, admitted at Harvard in 1990".

Also, the former PM had spent three days on the campus in Boston during the process to enrol Rahul for a masters in economics. Earlier in 1987, he had delivered a talk attended by Harvard's dons on India and its democracy.

Perhaps that qualifies as a 'long association' in political circles.

Of course one does not need to justify instituting a chair at Harvard by any kind of association. The Gandhi-Nehru family was an Oxbridge educated one, like most of the elite during the British Raj. But today, it makes a lot more sense to ally with a university like Harvard in a country like America. Because it is a Harvard and not an Oxford or Cambridge which wields more influence on public policy and global academic thought.

Even the venerable Amartya Sen has shifted base from Cambridge to Harvard...

The value of 'education'
Another interesting point to note is that the TOI now tactfully refers to Rahul 'taking admission in Harvard'. This is a shift from the earlier description of Rahul as a 'Harvard graduate'. A point which was hotly refuted by many .

As was Rahul's claim to the EC of being an M Phil from Trinity College, Cambridge.

Secondly, even Rajiv is now described as 'having studied engineering at Cambridge', acknowledging that he did not actually graduate. Which is the actual fact.

Now I find this intriguing because the Gandhi-Nehru family history depicts in a sense the 'value of education' declining over generations.

Motilal Nehru
Born 1861, Motilal Nehru was born in Delhi, to a Kashmiri Brahmin family. He became one of the first generation of young Indians to receive Western-style college education. He attended Muir College at Agra, but failed to appear for the final year B.A examinations. He then enlisted as a vakil in the English courts... became a barrister and settled in the city of Allahabad, Uttar Pradesh.

Motilal Nehru became a noted lawyer. Education combined with his own hunger to succeed brought him success - and wealth. 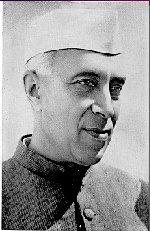 Jawaharlal Nehru Born 1889, Jawaharlal was educated in the finest Indian schools of the time, Nehru returned from education in England at Harrow, Trinity College, Cambridge and the Inner Temple to practice law before following his father into politics.

Jawaharlal was a man with a thirst for learning throughout his life. He was also a man of letters who wrote many excellent books including 'Discovery of India'.

Indira Gandhi
Born 1917. Indira attended prominent Indian, European and British schools like Santiniketan and Oxford, but her weak academic performance prevented her from obtaining a degree. 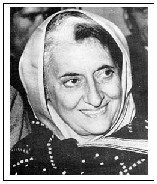 Looking at her life-history you get a feeling she had a troubled childhood (father in jail, mother ill). Mother Kamala Nehru passed away when she was just 17. So her lack of application to studies may have had more to do with other issues than actual lack of grey cells. She later proved to be an an extremely sharp woman - at an EQ level for sure but even on 'intelligence'. She was nobody's fool.

Rajiv Gandhi
Born 1944. He finished his high school education from The Doon School and attended college at the Imperial College London and Cambridge University (but did not receive a degree from either university).

He chose to become an airline pilot until brother Sanjay died and he was anointed the heir apparent.

Rahul Gandhi
Born 1970, Rahul went to St. Columba's School in New Delhi. He was later home-schooled for security reasons. Rahul entered St. Stephen's College but after a year he left for Harvard. His academic pursuits are shrouded in secrecy.

During the parliamentary elections in 2004, Gandhi said that he had received an MPhil in Development Economics from Cambridge University, but where he received his BA has never been disclosed.

The point I am trying to make?
Motilal used education to become a 'sahib' or equivalent of yuppie in British days. Law was the ladder to social mobility, just as IIT/ IIM is today.

Jawaharlal had the best of everything and could have comforrtably led the yuppie life as a lawyer himself. But he chose to join the freedom struggle instead.

Indira grew up at a time when the value of a British education was suspect. A time when the struggle against the Raj was reaching its peak. 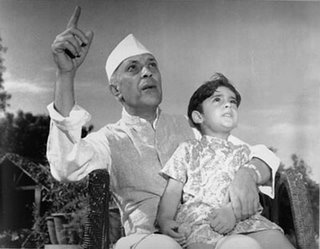 Rajiv was born into a world where he was the Prime minister's grandson. Education cannot buy a higher status than that.


In both Indira and Rajiv's cases, there were no parents to nurture and nag them into studying hard and 'making a future'. For one, the parents were busy with their own problems. And secondly, the parents had already created a 'future' for the kids which did not really depend on having a certain level of education.

Finally, we come to Rahul. When you come from a family where your grandmother and father have both dropped out of college and still been successful you don't think of it as a 'failure'.

Besides, there are extenuating circumstances. I don't know what happened at Stephen's but w.r.t. Harvard let us acknowledge that he joined in Sept 1990 and his father was blown to bits in May 1991. I wouldn't blame him for dropping out - and even being unable to return.

What I would like, however, is that at some future date he come clean about his academic record. And also, whether or not he ever gets a single degree, that he strives to be an open-minded person with a thirst for knowledge and different points of view.

That his lack of formal education should not make him insecure. That he should build a team of people far better educated than him and use them to advise him on expert matters.

As Anatole France once put it: An education isn't how much you have committed to memory, or even how much you know. It's being able to differentiate between what you do know and what you don't.

If more politicians followed that rule we'd be a far more robust country!
Posted by Rashmi Bansal at 5:30:00 PM