Coz I Still Haven't Found... What I'm Looking For

Last week I was in Rishikesh. My original plan was to spend 4 days at Ananda – the horribly expensive, exclusive ‘destination spa’ in the Himalayas. A belated birthday gift to myself. However, due to a combination of circumstances I found myself at Swami Rama Sadhakgram. Living the ashram life. 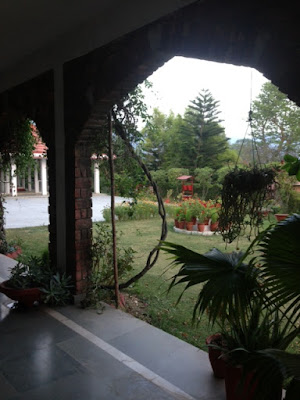 Each morning I woke up at 5 am, attended the hatha yoga session till 7 am. This was followed by silence meditation for an hour. A simple breakfast in the dining hall (where each one must wash their own dishes).

An hour or two of classes/ practice sessions on correct breathing, correct posture and ‘meditative walking’. Lunch. Rest. Evening hatha yoga. Another hour of meditation. Dinner. Some walking, some reading. And off to bed.

It was not easy. The first day my body ached with all the stretching and bending involved in yoga. It felt like some parts had actually rusted! I skipped the morning meditation to catch some sleep. My mind kept wandering through the evening meditation. My leg went numb and I had to get up and sit on a stool.

That night I googled ‘hotels’ near Ram Jhula and Laxman Jhula, thinking I’ve had enough. But miraculously I woke up the next morning at 445 am without an alarm. And at the end of the yoga session I was feeling tired but also very light. Isme kuch baat toh hai…

I decided to stay. In the next 3 days I learnt many things about myself. Firstly, I need to breathe properly – through my diaphragm. Hooked up to a monitor by Dr Prabhu at the Meditation Research Centre I could actually see a pattern of shallow breathing on the screen in front of me.

It is said that the yogis learnt the important of deep breathing by observing nature. A dog, which is constantly panting lives barely 10-12 years whereas the giant turtle which breathes once every hour lives for a century. The spiritual head of Sadhakgram, Swami Veda, completes one breath in one minute. He is 83.

“Despite having 100% blockage in the heart, 5-6 collapsed discs, lung problems and many other health issues, Swami Veda works 13-14 hours a day!” remarked Dr Prabhu. “It is a miracle as far as medical science is concerned.”

The secret is the control that yogis have over their mind and body. Apparently, Swami Veda is able to control the vagus nerve – which is considered to be an ‘involuntary’ system. Of course, it takes decades of sadhana to reach that level but the fact that it can be done is pretty amazing.

An important thing I learnt here is that yoga is more about the mind than the body. Yes, you learn stand, sit and bend in various ways to perform asanas. The exercise may result in physical benefits. But fundamentally, yoga is a means to make your body relaxed and your mind focused. So that you are able to meditate with ease.

In Swami Rama’s own words: “Once you are healthy in body and clear in mind, you can easily contemplate on the higher purpose and meaning of life.” 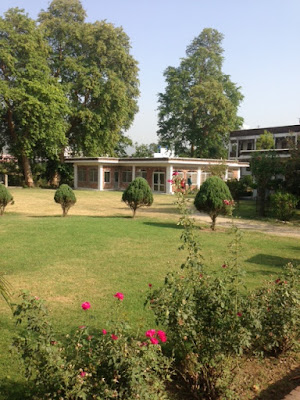 Another big lesson was the power of silence. At the ashram, every Thursday is a ‘day of silence’. Swami Veda has, in fact, taken a vow of silence since the last two and a half years. Hence there are no discourses or speeches. You simply sit in his presence to meditate. And receive his mental vibrations.

Of course, true silence goes beyond ‘not speaking’. It is the silence within yourself.

On the last day, one of the teachers remarked, “If you have come here it is just by chance… you have been called here, aapko bulaya gaya hai.”

And truly, unlike Art of Living or Isha, Sadhakgram is not widely marketed or publicised. I had not even heard of Swami Rama before I came here. That could be because he left his body in 1996, and the organisation does not promote itself on letter boxes, twitter or facebook.

The interesting thing about Swami Rama is that he was raised in the Himalayas by his master and became a Shankaracharya at the age of 24. But he wasn’t satisfied with the rules and rituals of religion. In just 3 years, he renounced the title and returned to the Himalayas in search of the ultimate truth.

He later travelled to America where he became the first Indian yogi to be ‘studied’ by doctors and scientists at the Menninger Foundation. In one famous demonstration, he stopped his heartbeat for 17 seconds and then restarted it. 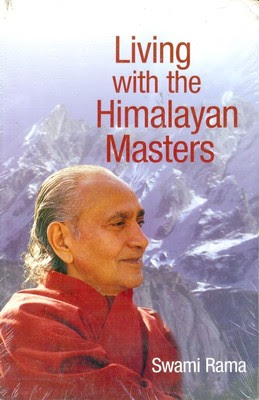 Swami Rama’s book ‘Living with the Himalayan Masters’ contains many such fascinating tales of yogis with astounding powers and siddhis. These are the result of intense sadhanas by those who have renounced the world to devote themselves to exploring the inner world.

For the layman, the end result of spirituality is a state of ‘vibrant tranquility’. You will know something is ‘happening’ when the people around you notice that you are happier, calmer, more loving, and more inclusive.

With that goal in mind, I have returned to my ‘normal life’. I am practicing yoga and meditation for 35-40 minutes each morning and 2-3 minute segments of meditation and nadi shodhanam through the day (as and when I remember). Certainly, I would like to go back and spend a week at Sadhakgram, to strengthen this new habit.

I would recommend Swami Rama Sadhakgram to any serious seeker of peace and inner bliss. A few things I liked about the overall experience:

- Beauty of the surroundings, in the lap of nature. However extreme care is taken to maintain the flowering plants, lawns and general upkeep of the campus.

- The red brick cottages offer all basic comforts, including air-conditioning (which was badly needed in the month of May!). 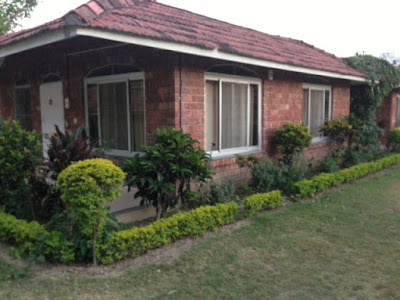 - The food is very basic and quite bland but I learnt to enjoy it. As in all ashrams, you wash your own plates, glass and spoons after the meal.

- Since there is no living guru there is no ‘cult of followers’. It’s all about understanding and practicing the teachings.

- I know, I have tried many other paths towards the same goal. Each time, I learnt something which brought me a little bit ahead. But I lacked commitment to stay on the path.

This time, I feel different.

I feel that I can and I will and I must.