Lincoln - what a man and what a movie!

My daughter does not like studying history. And I don’t blame her. The way history is taught, it’s just a collections of names, facts and dates. We rarely see the human beings behind the ‘heros’ and the ‘villains’, victory and defeat. 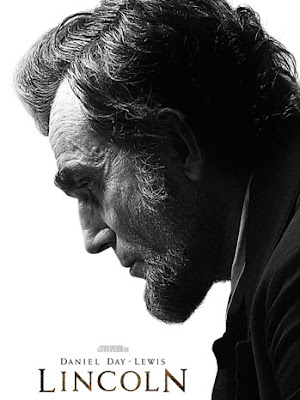 That’s why a movie like ‘Lincoln’ is so important.

That’s why it literally blew my mind.

Lincoln is revered today for being the President who abolished slavery in the United States. But who among us knew how it actually happened.

How members of his own party were against the idea.

How he had to woo Congressmen of the opposition party to get a 2/3rd majority in the House.

And within all this, his own problems in his own family, especially with his teenage son who was hellbent on joining the army, much against Mrs Lincoln’s wishes.

This is a wise and wonderful film, based on facts, but bringing alive how history was made. History was made because one man took a stand. Even though he could have taken the easy way out.

The Confederate army, after four years of fighting, was weary and ready to surrender. But Lincoln stalled peace talks.

He was convinced that if the war ended, slavery would continue.

But if Congress could be convinced that the only way to end the war was to first abolish slavery, a greater, more lasting victory would be the result.

To achieve this victory, Lincoln the statesman became Lincoln the politician. He authorized the trading of favours to get the required votes.

He employed personal charisma and quiet persuasion where favours did not work.

As we all know, ultimately the 13th Amendment to the American Constitution was passed and slavery was abolished. By two votes.

‘Lincoln’ is a film with a multitude of characters, but somehow you never get confused.

It’s a film where characters talk and talk, and yet it’s not dialoguebaazi.

The English they use is not what we use today – words like ‘cohere’ for example – but they suit the characters.

Screenplay writer Tony Kushner also took the liberty of creating some ‘Lincolnese’ - words that mean nothing but sound just right in the given context.

The film is partly based on the book ‘A Team of Rivals’ by historian Doris Goodwin but the writer has taken minor liberties with facts and invented dialogues, as any writer of historical drama must.

Lincoln's penchant for telling stories and the scenes where Congressmen trade gentlemanly insults are a treat to watch.

The film, however, belongs to Daniel Day Lewis.

He is Lincoln. Period. From his gait, to the gravelly voice, which he took months to create and perfect.

The man is sure to win his third Oscar for this performance.

I don’t think the movie will attract too many viewers in India because American history is an alien subject to us. But the film is worth watching for its relevance to our problems, our politics.

The biggest lesson of Lincoln is that to do good, you sometimes have to be crafty. Idealism is well and good but getting the desired result is what ultimately matters.

Thaddeus Stevens is an idealist, a Congressman who believes that all men are truly created equal. Declaring this, however, will ruin the chance of passing the 13th Amendment.

Lincoln says to him: “A compass, I learnt when I was surveying, it'll... it'll point you True North from where you're standing, but it's got no advice about the swamps and desert and chasm that you'll encounter along the way. If in pursuit of your destination, you plunge ahead, heedless of obstacles, and achieve nothing more than to sink in a swamp... What's the use of knowing True North?"

Stevens takes a more moderate stand and the amendment is passed. He later remarks: “The most liberating constitutional amendment in history, passed by corruption, aided and abetted by the purest man in America.”

The idealists in our country would do well to learn from that.

And our Prime Minister, who the country believes is not corrupt. But what point is purity unless you stand for some principle?

A principle for which you would do anything, risk anything.

And create a place in history, not just tomorrow’s headline.