'The Girl with the Dragon Tattoo' - review 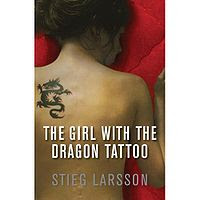 Like millions of others, I recently discovered Stieg Larsson's 'Girl with the Dragon tattoo' and said, "Wow, what a book!"

At one level it's a pretty good murder mystery but what I really loved was the backdrop. I've read one too many book set in London, Paris, Los Angeles & New York. Sweden is a whole new and fascinating world and came with many surprises.

I've always thought of Sweden as some kind of socialist paradise where people are smiling, peaceful and blonde. Well, this book brutally explodes that postcard picture. The Sweden where girls sport dragon tattoos has a dark underbelly - just like any other part of the world.

The principal character in the book is Michael Blomkvist, a journalist who brings out a small magazine called 'Millenium'. At the very beginning, Michael is sentenced to 3 months in prison for defaming a business magnate by the name Hans-Erik Wennerstorm.

Not that Wennerstorm ain't a slimeball, but sometimes, it's complicated.

To save his magazine and his sanity, Blomkvist takes up an unusual assignment from another tycoon called Henrik Vanger. Vanger is obsessed with a 37 year old mystery in his family - the disappearance of his 16 year old niece Harriet. Foul play was suspected, but neither her body nor her murderer were ever found.

Henrik wants Blomkvist to examine the mystery with 'fresh eyes' and is willing to pay a humongous sum of money if Blomkvist agrees to spend a year in the rural outpost of Hedestad. Pretending to write a book on the Vanger family and empire.

So far so good, but the really interesting character in the tale is runnning a parallel track. Lisbeth Salander is a quaint, misunderstood, genius-level hacker and freelance private detective. In fact, officially, she is considered 'unfit' as an adult and therefore must have a legal guardian provided by the State.

And here's where the author really departs from the world of Agatha Christie where evil lurks in man even in the idyllic countryside. But there is never any cruelty, exploitation or indeed systemic failure.

You are forced to wonder, who, really can decide on another man or woman's sanity? People who would never sport a dragon tattoo and appear to be model citizens can actually, be monsters underneath.

In fact the original Swedish title of the book 'Men who hate women' is quite appropriate! I won't say anymore because it will take away from your reading pleasure. Salander and Blomkvist eventually team up and discover deep dark secrets (yeh part thoda filmi laga mujhe) but hell, I'm sure Hollywood will soon make one :)

Apart from the 'story', I enjoyed a couple of other aspects about the book. Blomkvist has sex with three different women - but it's not in the James Bond mode. There's just a different sense of morality, less boxed-in relationships.

For example, Erika - Blomkvists's long time friend and business partner - is married to Greger. But she spends many evenings and weekends with him, with the knowledge - and tacit consent - of her husband. And this arrangement works fine for all three parties.

Lastly, Blomkvist is passionate about the role and responsibility of journalists. In fact, he has written a book titled 'The Knights Templar: A Cautionary Tale for Financial Reporters' in which he minces no words to describe the depths to which this reportage has fallen.

"In the last 20 years, Swedish financial journalists had developed into a group of incompetent lackeys who were puffed up with their own self-importance and who had no record of thinking critically... (they) seemed content to regurgitate the statements issued by CEOs and stock market speculators - even when this information was plainly misleading or wrong."

Sounds familiar doesn't it? Human nature, and the nature of power and politics is pretty much the same. Wherever you go. That's why this series from Sweden has sold 35 million copies...

Sadly, all after the author's own sudden and untimely death, before any of it was published. Life - and the way it works - is the biggest mystery of all.

Well, I have parts 2 and 3 to look forward to. Uske baad, back to looking for something new and different to read...!
Posted by Rashmi Bansal at 8:08:00 PM