Space science as a career 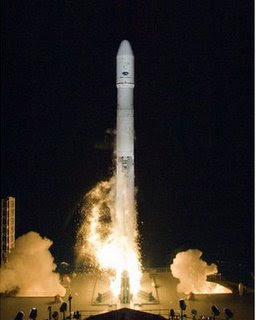 The successful lift-off of Chandrayaan lifted spirits all over India yesterday. But will it also help lift the status of science as a career?

Well, the various talking heads on TV made their points:
* NASA invites schoolchildren to participate in special programs and visit its centres. ISRO is zero in that department.
* Students are enthusiastic about science at school level but not in college, where science education is stuck in the Stone Age.
* Science is compartmentalised and treated as a 'subject'. Instead of being an important part of every aspect of life.

It means being stuck to a single employer for life.
It means a job with steady but not spectacular pay.
In short, it means 'losing' out.

Taking up science means preparing for various engineering entrance exams. And this is the norm among children of scientists as well. I should know, having grown up on the TIFR campus!

Of the couple of hundred kids who were brought up in that 'scientific environment' I can think of only 2-3 who have chosen the sciences as a career. Everyone else went into the application side (engineering/ IT) and from there, onto the world of business. 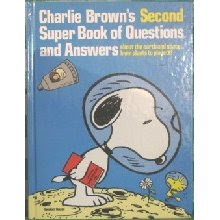 Actually when I was 8 years old I honestly, truly and deeply wanted to be an astronaut. Or something to do with space. I spent hours poring over books like Charlie Brown's Super Book of Questions and Answers.

My lack of aptitude for mathematics killed that dream. Maths nahin to science kuch nahin. But even for those who are great at maths, 'pure science' is hardly an option.

I think the government and allied organisations do a fair bit on the scholarship front. Take this initiative by Department of Biotechnology (DBT) to support toppers who pursue Biological Science at 10 + 2 level.

What is missing however is a sense of the career path you would have as a scientist. The fact that you may not make that much money but you will enjoy a fine quality of life and also make a difference.

A career in science really has to be sold on the element of 'passion'. And that's what events like the Chandrayaan might help ignite... It will be interesting to see if the newly established IIST (Indian Institute of Science and Technology) gets more applications next year!

IIST, was set up in 2007 under Department of Space, Goverment of India, and offers undergraduates B Tech programmes, a five year integrated masters in Applied Sciences as well as PG and doctoral programmes. The basic aim is to build a talent pool for
ISRO.

Entry to IIST is through JEE and so far it hasn't been a hot choice for anyone with a 'decent' rank. Although there is the odd report of a student who could have made it to an IIT opting for IIST (rank 2000 and above).

The real boost would come when one of the JEE toppers decides to take up an IIST offer over computer engineering at IIT B... And I tell you, something like that will happen soon!

Meanwhile there are amazing young women like 23 year old Khushboo Mirza who are already showing the way. Born into a tiny, traditional Muslim neighbourhood in UP’s Amroha Khushboo is one of the 12 engineers of the Check-Out Division of Chandrayaan I.

When her father died when she was seven, her mother, Farhat, broke norms to run the family’s petrol pump to keep her children in school. Her brother, Khushtar, a 2005 BTech from Jamia Millia Islamia, shelved his career ambitions to take charge later.

To get out of the claustrophobic bylanes of Amroha, Khushboo applied for B Tech at Aligarh Muslim University. A volleyball player, she qualified through the sports quota. When she graduated, she landed a lucrative job with Adobe but gave it up to join ISRO two years ago.

More power to Khushboo, and to science as career. Space... the final frontier, here we come!
Posted by Rashmi Bansal at 12:10:00 PM